Oftentimes we’re writing merrily along when we suddenly stop in the middle of a word. We know exactly how to spell this word, so the trouble lies elsewhere…

Is this supposed to be one word or two words?

Welcome back to Red Pen Tidbits! Last time we discussed the difference between who and whom.

This week, we’ll dive into those tricky words that are either one word or two words, but we always have to look them up to remember! Who’s ready?

Before we begin, I want to thank everyone who voted in the poll to determine this week’s topic!

Oftentimes we’re writing merrily along when we suddenly stop in the middle of a word. We know exactly how to spell this word, so the trouble lies elsewhere…

Is this supposed to be one word or two words?

Let’s take a look at seven (maybe eight) of these sneaky words to see if there are any easy ways to remember whether or not they belong together or apart.

A part or Apart

Speaking of apart… I would say we’re starting at the beginning of the alphabet here, but alphabetically some of the others come first. Let’s start here anyway.

A part – is a noun used when you’re talking about a piece of a whole.

–When I married my husband, I truly felt like I was a part of his family, too.
–The mechanic is waiting on a part to finish fixing my car.

Apart  – is generally an adverb used when you’re talking about things that need separated. If you say apart from then it is a preposition meaning separate from.

–When I married my husband, I knew nothing could tear us apart.
–The mechanic took apart my car in order to find the problem.

Every Time or Everytime

This is a prominent one, and I have a perfect way for you to remember it: Every time is two words every time you use it. Every time. I mean it!

Every time — Think of it as if you’re saying each instead of every. Each time is two words because you’re talking about separate instances.

–I think about my husband every time I hear our song.
—Every time my car breaks down, I take it to the mechanic. 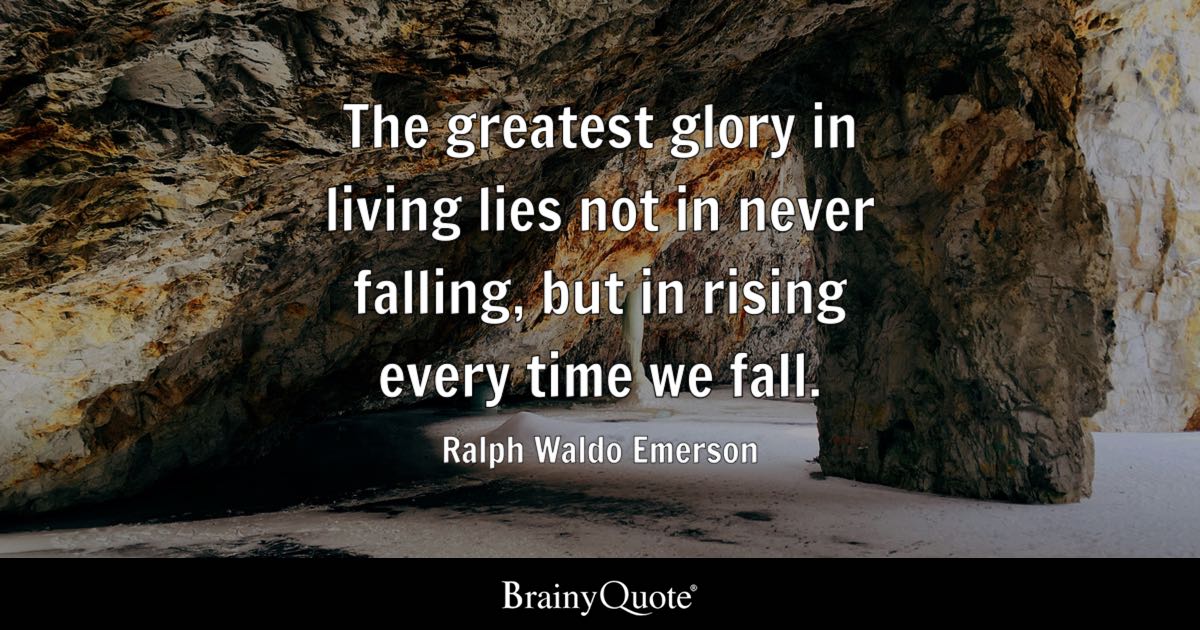 All ready or Already

Are you all ready for this lesson, or did you already look it up?

See what I did there?

–We asked the kids if they were all ready to go to the zoo.
–The mechanic is all ready to install the new part to my car.

Already  – is generally an adverb used to mean previously. It can also be used to add intensity or emphasis in a sentence.

–The kids complained that’d they had already been to the zoo this week.
–The mechanic said it’s already time to pick up my car.

A lot or Allot

You may be wondering why alot isn’t an option in this section. Wonder no longer: alot isn’t a word.

A lot – is ALWAYS two words. It’s either a noun meaning piece of property or an adverb meaning much or many.

–My youngest son said there were a lot of animals at the zoo.
–After he looked it over, the mechanic said there didn’t seem to be a lot wrong with my car.

Allot – is a verb meaning to give.

–We could only allot about three hours for the zoo since we had plans later.
–The mechanic decided to allot five percent of his profits to a charity for the month. 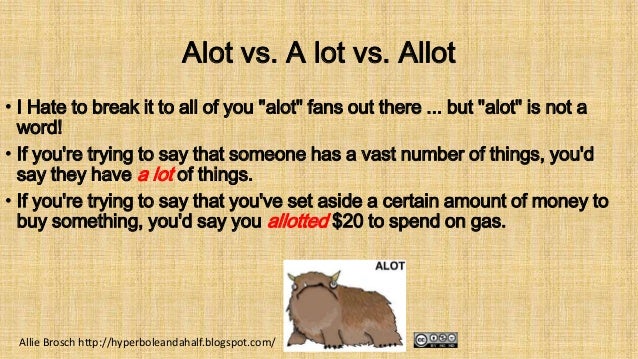 Every day or Everyday

The rules for this section also apply to every one and everyone!

Every day – is an adjective and noun combination meaning each day, which must be two words. (Note: This duo is used when you’re talking about each individual one.)

–My husband wishes he could go to the comic book store every day, but we’d be homeless if he did!
–Since the mechanic sees this problem every day, he can fix it quickly.

Everyday  – is an adjective used to describe a routine or standard. (Note: This word is is used when you’re describing something as a whole or group.)

–Reading is part of our everyday life, especially since our oldest son loves to read to his little brother.
–The mechanic said it’s better to stay on the everyday path in order to avoid road hazards.

A while or Awhile

I don’t know about you, but this one tricks me almost every time. Hopefully these short tips will help us both!

A while – is a noun meaning a period of time. (Note: This combination is often followed by a preposition, which turns it into a prepositional phrase.)

–I told the kids to take a nap for a while.
–Even though he said he’d be back in a while, the mechanic locked the door.

Awhile  – is an adverb meaning for a period of time. (Note: The word for doesn’t actually go before awhile. If you need the word for, then you would use a while, instead.)

–I told the kids to nap awhile.
— The mechanic said it would be awhile before he could get my car back to me.

Any more or Anymore

I’ll admit, this one used to trick me quite often. However, it doesn’t get me anymore.

Any more – is an adjective and noun combination that describes a quanity (any) of something (more).

Anymore  – is an adverb that means any longer.

–My kinds didn’t want to wait anymore, so they jumped into the car without me.
–Since the mechanic was closing down, I couldn’t take my car there anymore.

That’s it! Which words trick you the most when it comes to one or two? Share with me in the comments.

Take out your trusty Writer’s Notebook, and open to the next blank page. Write a story that utilizes as many of each of these forms as you can!

Next time (June 21st), we’ll check out the difference between me, myself, and I! I may post this one a bit early, so be on the lookout!

This is by no means a complete list of words that are tricky in this way, so here are a couple resources for you to check out.

6 thoughts on “Red Pen Tidbits 4: One Word or Two Words — 7 of the trickiest combos”